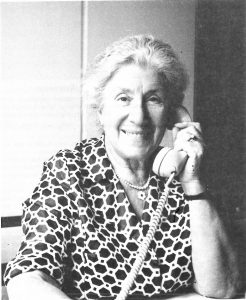 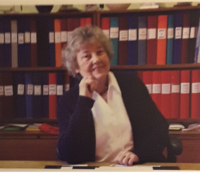 The Swedish Federation oflmmigrant Women’s Associations addresses itself to women irrespective of their nationality and their political and religious background. The first of the present-day 30 local organisations was set up in 1968 and served as a platfonn for women to deal with issues such as integration, jobs, education, child raising etc. The Federation was established in 1974 and has, over the years, helped break the isolation that many immigrant women experience. It has suppo1ted and guided its members to education and awareness in such matters as civil rights and social responsibilities, thus increasing their chances of integration into the Swedish society.

RIFFI has run many projects meant to improve the life quality for it’s members. Some of these projects are co1mected to consumer knowledge, health issues, the search for identity, strengthening one’s self-confidence, empowerment, counselling for abused women, establishing networks for the young women with an aim to break the patriarchal family system.

RIFFI led the campaign to ban female genital mutilation in Sweden, which resulted in a law in 1982. At an early stage, RIFFI brought to the Government’s attention the ethnical family patterns, which encourage and sometimes force inunigrant girls to mary at an early age. In 2004 a new law on child and forced marriage was implemented.

At home, RIFFI is a member of The Swedish Women’s Lobby, Save the Children, The Swedish UN Organisation, The Inter African Committee, WOCAD Women’s Organisations Committee on Alcohol and Drug Issues, as well as The Centre Against Racism.

At an international level, RIFF! has helped build an international action group concerned with the immigrant women’s chances to take part in the democratic process. The Federation also works with different networks in order to increase awareness on the inm1igrant woman’s situation in Europe and beyond. RIFF! co-operates with Organisation 1325 in coru1ection to the UN Resolution 1325. Since 1998 RIFF! has been granted consultative status on women issues in the Economic and Social Council of the United Nations.

You can reach us at: